I like this quote by Ram Dass, though not all people I see as trees. Some are more like bushes to me, others – tumbleweeds that roll wherever wind blows them… with neither roots, nor attachments in life…

Tomas and Sabina from ‘The Unbearable Lightness of Being’ look like such tumbleweeds to me… so light, so fun and always on the run to flee any attachments and stay free… A very heavy burden for demisexual Tereza who can’t separate sexual attraction and lust  from love and emotional connection…

This ”lightness of being’ philosophy however is not new… For centuries it was practiced by the rich and powerful. Only they could afford it, often at the expense of common people as reflected in one of the Russian proverb from the “good old days”: “Do not promote me to Corporal, but do not touch my wife”…

In modern Western societies the ‘lightness of being’ philosophy of casual relationships is becoming more common. It is often associated with earlier stages in life, with exploring life before making long-term choices and settling in.

While such behaviour is no longer considered ‘abnormal’ as it does not violate norms of the modern Western society, it can cause the person distress if ‘avoidant’ style of attachments starts dominating person’s life, preventing that person from forming deep meaningful relationships, having family and children.

According to Darlene Lancer, “around 25 percent of the population has avoidant attachment style. People with avoidant attachment style avoid closeness and value their independence and self-sufficiency more than intimacy. They can enjoy closeness — to a limit. In relationships, they act self-sufficient and self-reliant and aren’t comfortable sharing feelings. They protect their freedom and delay commitment. Once committed, they create mental distance with ongoing dissatisfaction about their relationship, focusing on their partner’s minor flaws or reminiscing about their single days or another idealised relationship…

Although most people don’t change their attachment style, it can be altered to be more or less secure depending upon experiences and conscious effort. To change your style to be more secure, seek relationships with others who are capable of a secure attachment. You can easily spot them as they radiate warmth. Loving comes naturally to them. They accept people’s minor shortcomings and treat them with love and respect. They don’t play games or manipulate but are direct and able to openly and assertively share their needs and feelings.”

You can also try the following:

Attachment style affects all aspects of the relationship, including sex life. Resolve all barriers to intimacy and don’t let the ‘lightness of being’ to become unbearable…

Have a wonderful week

“If the doors of perception were cleansed everything would appear to man as it is, infinite.”

Enjoy the infinite power of your perception and imagination 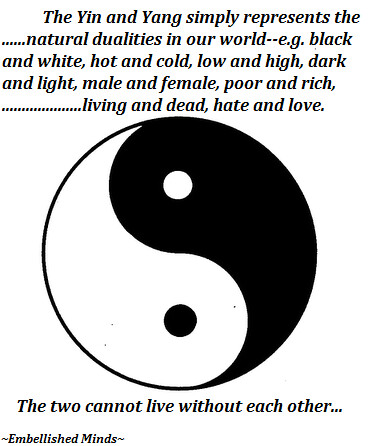 From The Truth About Communication Between Men And Women

While much has been said about women being from Venus and men being from Mars, the reality is that we all live on the same planet Earth and need to interact with each other in different ways on a daily basis.

How can we crack the communication code between men and women? Luckily technology can help us even with that difficult task. Check out the Manslator: the Official Woman Language Translator:

Or you can use a professional Human Gender Translator:

Its fun to look at communication differences between men and women but we also have to be careful in avoiding stereotypes. As Simma Lieberman points out, “we are all on a continuum and there are women that have some traits that might be attributed to the male style or there are times when it is necessary to use the male style and the same for men. … Whether its nature or nurture, there may be individuals who possess almost none of the traits attributed to their gender. They may have been teased, harassed or excluded from things because of this, which is why its important to know and understand male and female cultural norms but also recognize that many people don’t fit the mold.

So while we call certain styles male and certain styles female because research has shown that different ways of thinking, processing, perceiving and behaving is present in at least 55% of the male and female population, that leaves up to 45% that may not fit the description.”

From Men are from Mars and Women are from Venus? Actually we’re on the same planet!

Many of us experience stress in life, whether this is in the short term from one-off projects, or long-term stress from a high-pressure career.

Not only can this be profoundly unpleasant, it can seriously affect our health and our work. However, it is possible to manage stress, if you use the right tools and techniques.

A widely accepted definition of stress, attributed to psychologist and professor Richard Lazarus, is, “a condition or feeling experienced when a person perceives that demands exceed the personal and social resources the individual is able to mobilize.”

This also means that different people handle stress differently, in different situations: you’ll handle stress better if you’re confident in your abilities, if you can change the situation to take control, and if you feel that you have the help and support needed to do a good job.

Everyone reacts to stress differently. However, some common signs and symptoms include:

How to Manage Stress

The first step in managing stress is to understand where these feeling are coming from.

Keep a stress diary to identify the causes of short-term or frequent stress in your life. As you write down events, think about why this situation stresses you out. Also, use the Holmes and Rahe Stress Scale to identify specific events that could put you at risk of long-term stress.

Then, consider using some of the approaches below to manage your stress. You’ll likely be able to use a mix of strategies from each area.

With action-oriented approaches, you take action to change the stressful situations, e.g.:

Emotion-oriented approaches are useful when the stress you’re experiencing comes from the way that you perceive a situation.

To change how you think about stressful situations:

Acceptance-oriented approaches apply to situations where you have no power to change what happens, and where situations are genuinely bad.

To build your defenses against stress:

How are you coping with stress in your life?
What approach helps you the most?

I was always fascinated with what is considered to be ‘normal’ for us, human beings. As Dr. Eric R. Maisel points out, “This is not an idle question without real-world consequences. The “treatment” of every single “mental disorder” that mental health professionals “diagnose,” from “depression” and “attention deficit disorder” on through “schizophrenia,” flows from how society construes “normal” and “abnormal.” This matter affects tens of millions of people annually; and affects everyone, really, since a person’s mental model of “what is normal?” is tremendously influenced by how society and its institutions define “normal.”

From The Illusion of Normal

Nor can it mean “free of discomfort,” as if “normal” were the equivalent of oblivious and you were somehow “abnormal” when you were sentient, human, and real. This, however, is exactly the game played by the mental health industry: it makes this precise, illegitimate switch. It announces that when you feel a certain level of discomfort you are abnormal and you have a disorder. It equates abnormal with unwanted… In this view “normal” is living free of excessive discomfort; “abnormal” is feeling or acting significantly distressed. Normal, in this view, is destroying a village in wartime and not experiencing anything afterward; abnormal is experiencing something, and for a long time thereafter. 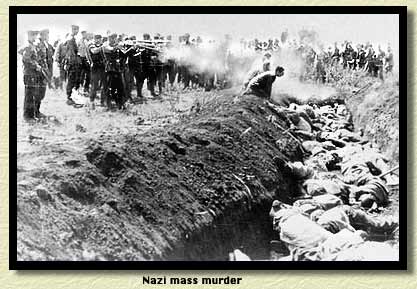 From What Do We Mean By ‘Normal’?

How would you define what is NORMAL
for us, human beings?