“You cannot depend on your eyes when your imagination is out of focus. As in the words of Wayne Dyer, when you change the way you look at things, the things you look at change.”

“If the doors of perception were cleansed everything would appear to man as it is, infinite.”

Enjoy the infinite power of your perception and imagination

We long for acceptance, love, and connection. But often we don’t know how to create it in the world full of fake smiles and empty greetings. In the world of sweet dreams where everybody’s looking for something…

I think this longing for authentic communication is what drives people to blogging, both as bloggers and as readers.

In the blogosphere, we do not know each other personally, so we don’t get distracted with the usual ‘surface’ features like age, gender, social-economic status, ethnicity and therefore don’t get blinded by the usual stereotypes and prejudices. We can take off the mask and be more real and genuine without fear of repercussions.

The creative side of blogging also gives us plenty of room for exploration. Like writers, getting in the ‘skin’ of different characters in their books, we can explore how we might have felt if…, or what we might have done if… We can move away from the logic of the everyday routine life and let our imagination roam free.

What is so special for you in writing blogs?

Or why do you keep reading? 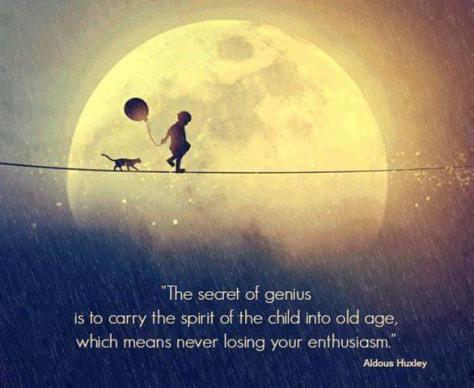 In this longitudinal study, only 32% of 10-year-olds, and 12% of 15-year-olds reached the same level of creative thinking. Of 280 000 adults tested, only 2% reached genius level. Robinson used an example of divergent thinking in his video provided below: that divergent thinkers would be able to come up with 200 uses for a paper clip, whereas most of us could only come up with 10-15. A divergent thinker would think outside the box. Does the paper clip have to be in the form we know it? If there are no limitations, why not a 200-foot paper clip made of foam?

We are all genius in our own unique way, no matter how deep our genius got buried over the years. Rediscover your genius and fill up your life with laughter and joy. You are amazing! 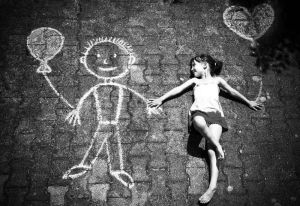 From Who is Your Imaginary Friend?

You’ve got these friends,
That we can’t see,
Is that normal
When you’re three?
I only ask,
Because, you see,
If you weren’t three,
I’m sure that we
Would worry
For your mental health,
And take you off
With measured stealth,
To shrinks,
And folk who nod and smile,
Jotting notes and making files,
Deciding what to label you,
Whilst we would worry
…What to do?
But you are three,
And so I think,
That we can live
Without a shrink,
Without a label and concern,
But at what age
Do these friends turn
From playmates into
Mental woes,
When is it that,
Friends become foes?
I ask because I’m puzzled, see,
Why is it okay when you’re three,
But never okay later on,
Why prescribe drugs ‘til friends are gone? 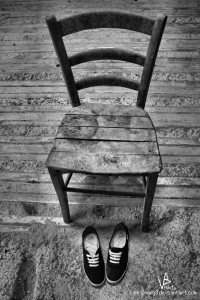 A few months ago an Ask Reddit thread invited users to share tales about their children’s imaginary friends. They got thousands of responses. Below is one of my favourite:

“When I was little my “imaginary” friend was named Bobby, I distinctly remember him existing and being real. On day when I was 5 or 6 I was going somewhere with my aunt and cousins and I was talking to Bobby. My cousin got pissed that I was talking to someone she couldn’t fathom was there (we are same age) .
She unbuckled Bobby’s seatbelt and threw him out of the van. I screamed bloody murder at the top of my lungs and wouldn’t stop, so my Aunt went back for him. She had to turn around twice on the highway and drive really slow because I was the only one who could see him and pick him up. While she was crawling at a snails pace on the highway, she got pulled over by a cop. I was still screaming in the back seat and told the cop that my cousin killed Bobby and she needed to go to jail!

Needless to say my aunt had a hard time trying to explain to the cop that he was my imaginary friend. But while we were pulled over Bobby came up to the car and said he was fine, claimed in through the window. I told my aunt it was ok Bobby was back now. When the officer came back. I told him that Bobby wasn’t dead just hurt.

The officer then proceeded to talk to my aunt for a second and then asked my 6 year old cousin to get out of the car. He told her she was going to jail for trying to kill an imaginary friend and put her in the back of his car for 5 minutes. My cousin never messed with Bobby or me again.”

Loved that policeman’s sense of humour and ingenious response to situation 🙂 . However it does make me wonder, what his response would have been, if the main character of this story was not a young child, but an adult. 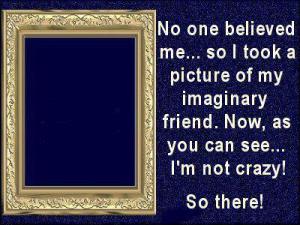 From Laughing at Everyday Life

Did you have an imaginary friend as a child?  Perhaps it’s time to reunite!

According to Antonio Damasio, a neuroscientist and director of the Brain and Creativity Institute at the University of Southern California, imagination is the cornerstone of creativity.  “It’s pretty hard to conceive that anyone could be creative without a rich imagination,” he says.

Today, it’s all about doing things differently and doing different things.  Did you know Google runs 50 to 200 search experiments at any given time?  Innovation and creativity is the lifeblood of growth – organizations who think differently and act quickly as the ones who will break from the pack.  And projects drive the change needed in any organization to survive.

Regrettably, most of us give up on imagination (and leave our pretend friends behind) around grades three to five, when we naturally become more interested in rules. The trick to keeping creativity going, according to Shelley Carson, a researcher and lecturer in pyschology and Harvard University and author of Your Creative Brain, is helping us see that rules and imagination are not at odds.

To keep the creative juices flowing, give yourself time every day to daydream and turn off the critical thinking and eliminate distractions – turn off electronic devices.  And get enough sleep: studies show that creativity declines with lack of sleep.  Who know’s, you just might meet with your long-lost imaginary friend in your dreams. Good night 🙂 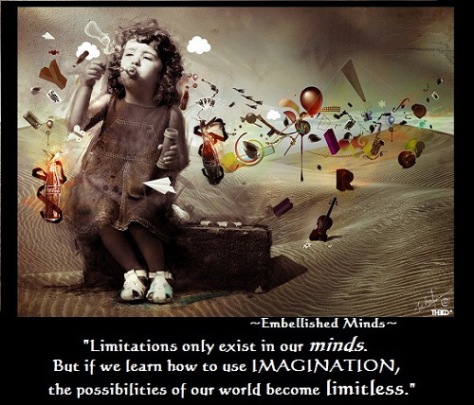 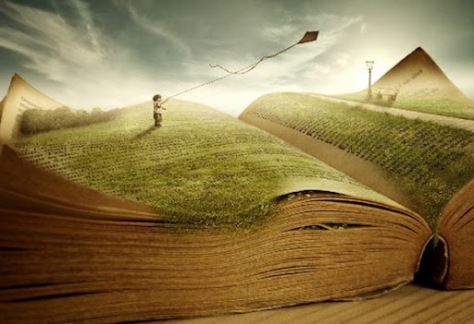 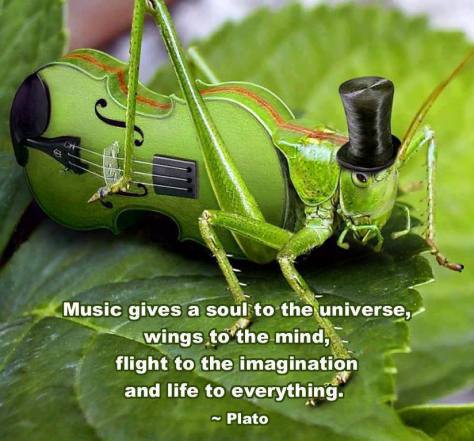