Photo by Amit Pal on Pexels.com

What is this life if, full of care,
We have no time to stand and stare.

No time to stand beneath the boughs
And stare as long as sheep or cows.

No time to see, when woods we pass,
Where squirrels hide their nuts in grass.

No time to see, in broad daylight,
Streams full of stars, like skies at night.

No time to turn at Beauty’s glance,
And watch her feet, how they can dance.

No time to wait till her mouth can
Enrich that smile her eyes began.

A poor life this is if, full of care,
We have no time to stand and stare…

“Life is a journey made richer by the people we share it with.”

Treasure those who make your life journey so much richer 🙂

Fathers are wonderful people
Too little understood,
And we do not sing their praises
As often as we should…

For, somehow, Father seems to be
The man who pays the bills,
While Mother binds up little hurts
And nurses all our ills…

And perhaps that is the reason
We sometimes get the notion,
That Fathers are not subject
To the thing we call emotion,

But if you look inside Dad’s heart,
Where no one else can see
You’ll find he’s sentimental
And as “soft” as he can be…

But he’s so busy every day
In the grueling race of life,
He leaves the sentimental stuff
To his partner and his wife…

But Fathers are just WONDERFUL
In a million different ways,
And they merit loving compliments
And accolade of praise.

Have a wonderful Father’s Day!

Hope your children will appreciate and treasure you every day, not just on Father’s Day. 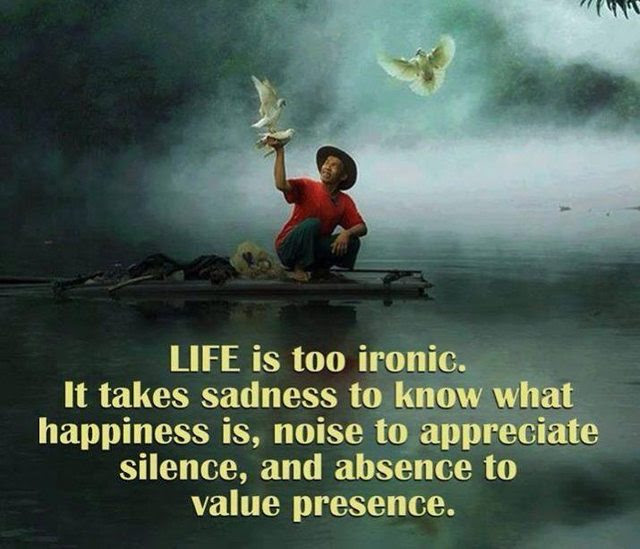 “He who can no longer pause to wonder and stand rapt in awe, is as good as dead; his eyes are closed.”

From The Irreducible Primary

Have an AWEsome weekend!!!

In 1832 Russian poet Mikhail Lermontov wrote a poem ‘The Reed” about a murdered young lady:

He wanted me to love him –
His passion left me cold;
He tried to give me money –
I did not want his gold.
Then with a knife he struck me,
And to the ground I sank;
He dug a grave and buried
My body on the bank.

While highlighting the crimes committed by bad men against women, this poem also features a good man as well as provides a very good description of a bad man:

“With men he was dishonest,
With beauties he was sly.”

These are the key words for me in that poem, as in my experience those men, who are treating women badly are also very nasty to other men. While good men treat all people well, including other men, women and children. Therefore any generalizations blaming and shaming all men for poor treatment of women are false and misleading.

As Camille Paglia, for centuries “men have sacrificed and crippled themselves physically and emotionally to feed, house, and protect women and children.” Unfortunately,  the pain or achievements of good men often goes unnoticed in the flood of negative stories related to bad men. 😦

“We don’t need a melting pot…, folks. We need a salad bowl. In a salad bowl, you put in the different things. You want the vegetables – the lettuce, the cucumbers, the onions, the green peppers – to maintain their identity. You appreciate differences.”

“My first exposure to murder,” the Nobel-winning economist Amartya Sen writes in “Identity and Violence” “occurred when I was 11.” It was 1944, a few years before the end of the British Raj and a period of widespread Hindu-Muslim riots. The victim was “a profusely bleeding unknown person suddenly stumbling through the gate to our garden, asking for help and a little water.” Rushed to the hospital by Sen’s father, the man died there of his injuries. He was Kader Mia, a Muslim day laborer knifed by Hindus. He had been asked by his wife not to go into a hostile area of then-undivided Bengal. But he had to feed his starving family, and he paid with his life.

To the young Sen, this event was not just traumatic but mystifying. How was it, Sen asks …, that “… human beings … were suddenly transformed into the ruthless Hindus and fierce Muslims…”? And how was it that Kader Mia would be seen as having only one identity — that of being Muslim — by Hindus who were, like him, out in the unprotected open because they too were starving? “For a bewildered child,” Sen remembers, “the violence of identity was extraordinarily hard to grasp.” And, he confesses, “it is not particularly easy even for a still bewildered elderly adult.”

From Why Do Bad Things Happen to Good People?

In his book “Identity and Violence”  Amartya Sentakes aims at what he calls the ” ‘solitarist’ approach to human identity, which sees human beings as members of exactly one group.” This view, he argues, is not just morally undesirable, but descriptively wrong. Instead, Sen invokes the myriad identities within each individual. The people of the world can be classified according to many other partitions, each of which has some—often far-reaching—relevance in our lives: nationalities, locations, occupations, social status, languages, politics, and many others, including identity common to all – HUMANS. Because all of us contain multitudes, we can choose among our identities, emphasizing those we share with others rather than those we do not.

Let’s focus on our shared identities and appreciate differences for peace around the world.

From We Are Allowed to Be Human

Was it easier for you to accept the differences between the women in the video below, once you saw their shared identity?

“The most beautiful people we have known are those who have known defeat, known suffering, known struggle, known loss, and have found their way out of the depths. These persons have an appreciation, a sensitivity, and an understanding of life that fills them with compassion, gentleness, and a deep loving concern. Beautiful people do not just happen.”

From Learning to be gracious in the face of anger